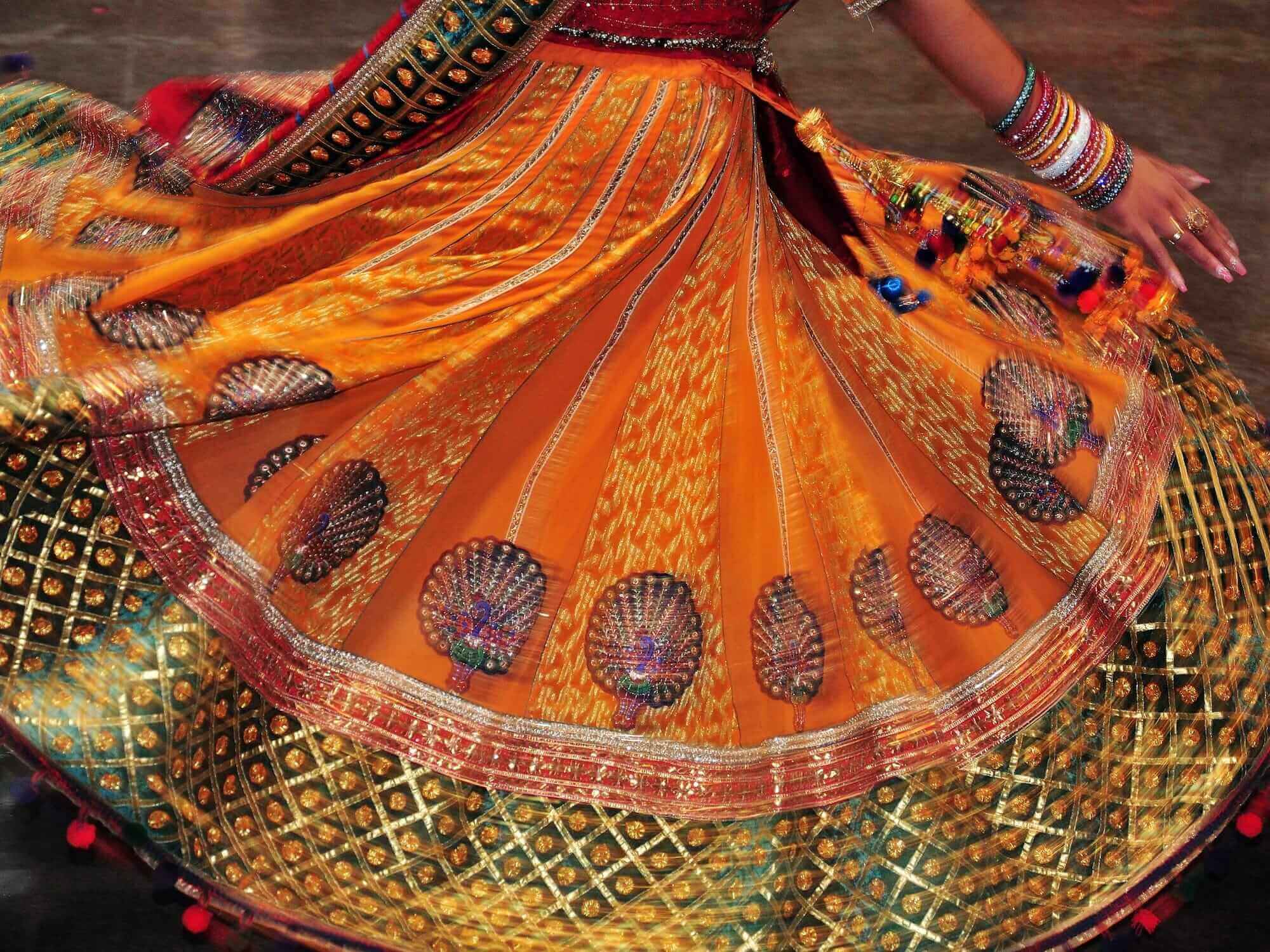 The western Indian state of Gujarat is one of the subcontinent’s best-kept secrets. Bordered by Rajasthan to its northeast and Maharashtra and the metropolis of Mumbai to the south, Gujarat is often overlooked as a tourist destination, even by the keenest of Indophiles. But, with a rich culture, a multitude of things to see, both natural and manmade, plus some wonderfully atmospheric converted palaces and stately homes in which to spend the night, the country’s sixth largest state by area is unquestionably one of its most rewarding to discover.

Getting to the birth state of Mahatma Gandhi is simple enough. Energetic Ahmedabad is the main gateway if flying in and there is also the option to be driven across state and combine a journey around Gujarat with neighbouring Rajasthan. Excellent roads within Gujarat (some say they are the best in the country!), means that travelling around by chauffeur-driven car is the most practical (and pleasurable) way to see the best of what this underrated and little-visited part of India has to offer. And which better than the Indian branch of The London Chauffeur RCS of London Ltd can chauffeur better?

We’ve explored Gujarat in-depth and know it well. This is our list of must-see places and favourite locations in Gujarat – all ideal places for getting off-the-beaten-track in India.

Situated on the eastern fringes of the state, the region’s bustling regional capital is a friendly, work-a-day city where you are just as likely to see elephants trundling along the roads as you are motorbikes and auto rickshaws. The ancient walled city, which has been listed as a World Heritage site by UNESCO, is unquestionably the city’s highlight but there are also some excellent museums in Ahmedabad, including the Calico Museum of Textiles, which contains one of the world’s greatest collections of handmade Indian fabrics. With superb flight connections from numerous cities within India and one of the state’s finest heritage hotels – the House of MG – Ahmedabad is a terrific place to begin a journey around Gujarat.

The Palitana temples atop Shatrunjaya Hill are one of Jainism’s most devote places of pilgrimage. It’s reasonable to suggest that India has more than its fair share of temples, but the eight hundred or so marble-carved places of worship that are dotted all over Shatrunjaya Hill are very special indeed and a wondrous sight to behold. Accompanied by devotees, even the initially rather daunting early morning prospect of climbing 3,800 steps (1½ hours) to reach the hill’s summit adds to the overall experience. And the reward for getting there, apart from the temples themselves, of course, is the fantastic 360-degree panoramic view of the plains below. Of all the places to visit in Gujarat, Palitana has to be one of the most enchanting.

Situated in Gujarat’s northwest corner, Little Rann of Kutch is a land of barren salt marsh that is moon-like in its appearance and texture. Yet, during the winter months, this harsh landscape becomes home to an abundance of migratory waterbirds, including pelicans, flamingos and sandgrouse. Plus, with 4,954 km² of this parched land being used as a sanctuary, it is only in the Little Rann that it is possible to see the endangered, and rather elusive Asiatic wild ass.

This part of Kutch is also home to numerous semi-nomadic tribal communities, many of whom make a meagre living by extracting salt from the land. A visit to one of these villages is a fascinating and humbling experience and, in contrast to the region’s aridness, many of the village’s females, both young and old, adorn themselves with beautifully embroidered and colourful traditional dress.

Intricate and meticulously crafted, Ran-ki-Vav (Queen’s stepwell) is one of the state’s most stunning pieces of architecture. Situated in the northern Gujarati city of Patan on the banks of the Saraswati River, the detail that has gone into this magnificent structure is outstanding.

Positioned in the centre of Gujarat, Junagadh is an ancient, fortified city with a history dating back more than 2,000 years. One of 562 princely, or vassal, states during the British reign in the subcontinent, the city became part of neighbouring Pakistan for a short period after the partition of British India in 1947 but this didn’t last long and, today, the city is worth visiting for its temples, forts and other styles of architecture. Of all of the city’s architectural delights, without a doubt, the most outrageous is the jaw-dropping Mahabat Maqbara. Built as a mausoleum in 1892 for the late Nawab, Mahabat Khan II, it is a heady mix of Indo-Islamic, European, and Gothic styles. As the saying goes, “seeing, is believing” …

Bhuj, the administrative capital of Kutch district is an excellent springboard for visiting the of the region’s traditional handicraft villages. Famed for, among other things, vibrant embroidery, weaving and pottery skills, the artisans who dwell in these villages have won national awards for their specialist skills. Cooperatives have been established in many of the settlements to help the villagers produce work that is suitable for selling and export but without moving away from their creative traditions. It’s easy to spend a whole day, or even longer, discovering the small villages that surround Bhuj and, what’s more, the villages themselves are an attraction in their own right. There is always a friendly welcome, usually from a small army of children who are always keen to meet and greet and show you around their home and, overall, this is one of the most rewarding things to do in Gujarat.

Comprising of the sacred volcanic hill of Pavagadh and the ruined historical city of Champaner, this marvellous archaeological park is one of three UNESCO World Heritage Sites situated in Gujarat. Once the capital of the state, Champaner was captured by the Mughal emperor, Humayun, in the early part of the 16th century and the centre of administration was then moved to Ahmedabad. Champaner is remarkably well preserved and inside the settlement are the remains of the citadel and the former palace as well as several mosques that are no longer in use. In contrast, Kalikamata Temple, which is situated on top of scenic Pavagadh Hill and dedicated to the Hindi goddess Kali, is still active and an important place of pilgrimage.

Champaner-Pavagadh is close to the city of Baroda (Vadodara), where there is the opportunity to overnight in the Jambughoda Palace, one of several atmospheric royal residences in Gujarat that have been part-converted into a heritage hotel and part-retained as the family’s ancestral home.

Hunting parties organised by the Indian elite for the British colonists meant that, by the end of the 19th century, there were only about a dozen Asiatic lions left in India. Thankfully, the area in which this minuscule number of lions existed, Gir Forest in the southwest of Gujarat, was eventually turned into a fully protected national park and nowadays there is in the region of 500 Asiatic lions, with a reasonably high percentage of them being cubs.

Sasan Gir National Park is the only place left in the world where you can observe these majestic cats in the wild. A myriad of birds as well as reptiles and other four-legged animals also call Sasan Gir their home and like so many other national parks in India, the forested terrain is an attraction in its own right. Heading off on an early morning or late afternoon jeep safari when the weather is cooler and the light is subtle is a memorable affair, regardless of whether lions are spotted or not.

One of the highlights of visiting Gondal, a small but pleasant town in Gujarat’s southern peninsula, is the opportunity to experience a night or two in the charming Orchard Palace, a heritage property that was originally built by the Maharaja of Gondal to accommodate his personal guests. The maharaja’s collection of vintage cars, which includes a 1935 Mercedes seven-seat saloon and a 1947 Cadillac convertible, is housed in the grounds of the palace while, nearby, the former living quarters of the Naulakha Palace, which also belongs to the royal family, has been converted into a museum displaying an eclectic mix of personal effects and other memorabilia.

The best time to visit Gujarat

Gujurat is best visited between September and March when the climate is pleasant and the rainfall is at a minimum. Visit in September and October and you are likely to witness musical and dancing celebrations throughout the state as part of the colourful Navratri festival, while the best months to see the Asiatic lions in the wildlife sanctuary of Sasan Gir are from November through to March.

Itinerary ideas for a private tour to Gujarat

Classic Gujarat is the perfect introduction to this contrasting region of India with seven nights starting at just £1,595 per person. Travellers looking to spend longer may prefer our Grand Tour of Gujarat, a comprehensive fifteen-night journey.

Other suggestions include Tribes & Lions of Gujarat, an immersive experience highlighting the culture and wildlife of the region, and Gujarat & Ahilya Fort, a journey that also includes a stay at one of India’s most charming heritage hotels in the neighbouring state of Madhya Pradesh.

Our suggested itineraries are just that, and they can all be tailored to suit very specific requirements. Our experts on India are on hand to advise, so please get in touch.

8 thoughts on “The Best Places to Visit in Gujarat”