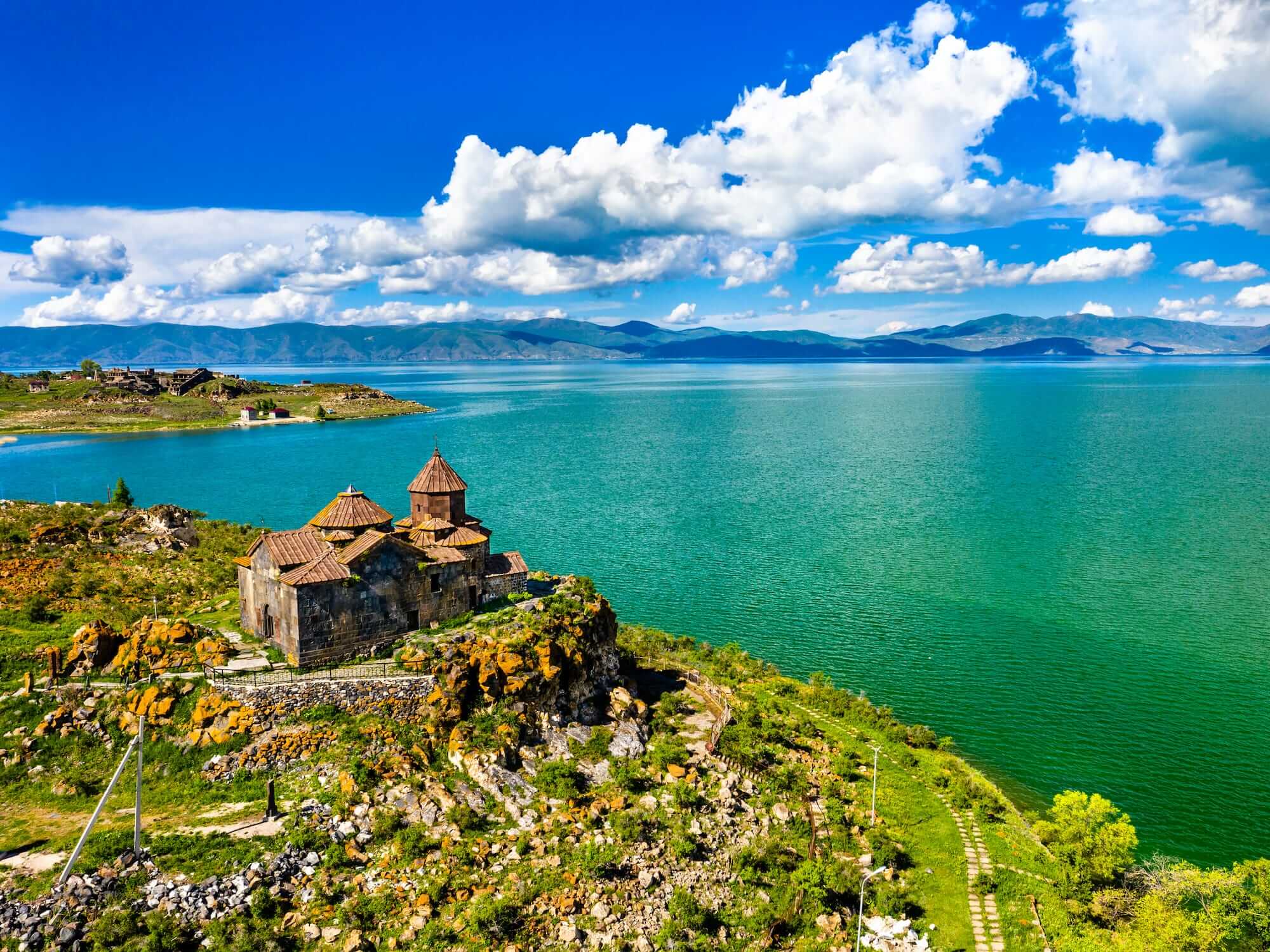 By way of a guide featuring photos of the best places to visit in Armenia, we are excited to introduce the newest addition to the Corinthian portfolio – off-the-beaten-path Armenia. Our collection of luxury holidays to Armenia showcase the best of the region.

Nestled in the Caucasus and often considered a crossroads between Eastern Europe and Western Asia, Armenia is an ancient land with a history spanning a millennium. Compact and easy to travel around, yet surprisingly little-visited, Armenia is one of the region’s hidden gems.

Christianity was first adopted here as a state religion (301CE) and you will discover medieval churches and monastic complexes throughout the country, many of which have majestic locations and vistas to die for. Yet, Armenia is not just about its deep-rooted Christian heritage and abundant monasteries. There is so much more packed into this diverse nation: mountain passes and national parks, sprawling hilltop fortresses and engrossing monuments and memorials, canyons, lakes and opportunities for hiking, the list goes on…

In fact, the most challenging part of compiling this round-up of the best places to visit in Armenia was deciding which ones to include. We could have easily chosen double the number of sights we settled on!

For us at Corinthian Travel, spending time in Armenia and getting to know its people and what it has to offer was a real pleasure and we hope this article inspires you to do the same. Based on our expert knowledge of the country, we have created two suggested tailor-made itineraries featuring Armenia as a stand-alone destination. And, for the ultimate adventure in the Caucasus, we have designed an itinerary that combines Armenia and Georgia, yet another of the region’s most captivating places to visit.

Naturally, these privately guided and chauffeur-driven itineraries are suggestions, prepared to present you with ideas from which to create your own bespoke holiday to Armenia. We believe that Armenia is going to be a hot destination to travel to in 2020, so please, do not hesitate to contact one of our destination experts who will be more than happy to help you plan your personalised holiday to Armenia.

Here are some of our favourite places to visit in Armenia:

The monastery at Khor Virap is one of a handful of locations within Armenia from where you can get an incredible view of Mount Ararat, the dormant and biblical volcanic peak that is an important national symbol for the Armenian people. On a clear day, the uninterrupted panorama of the mountain with Khor Virap in the foreground is quite something and one of the most sought-after vistas in the Caucasus region. 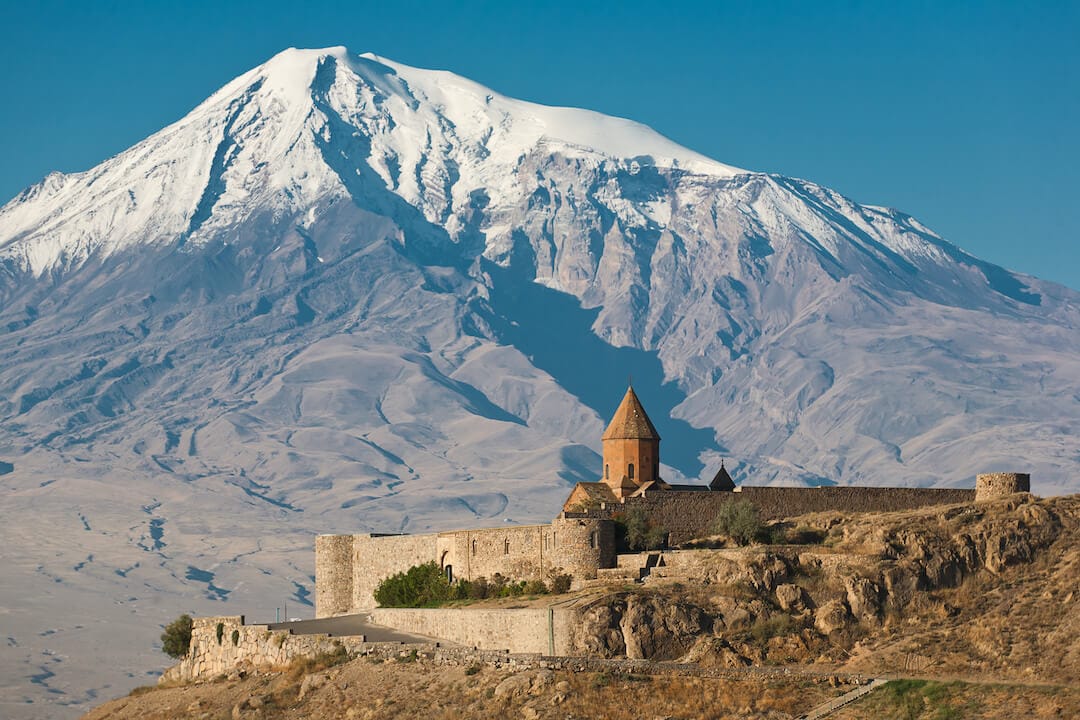 One of the largest high-altitude lakes in Eurasia, Lake Sevan is a shimmering body of water that can look particularly beautiful in the early morning and late afternoon light. Although popular with both holidaying Armenians and overseas visitors, there are some wonderful opportunities for going off-piste and visiting parts of the lake rarely seen by others. 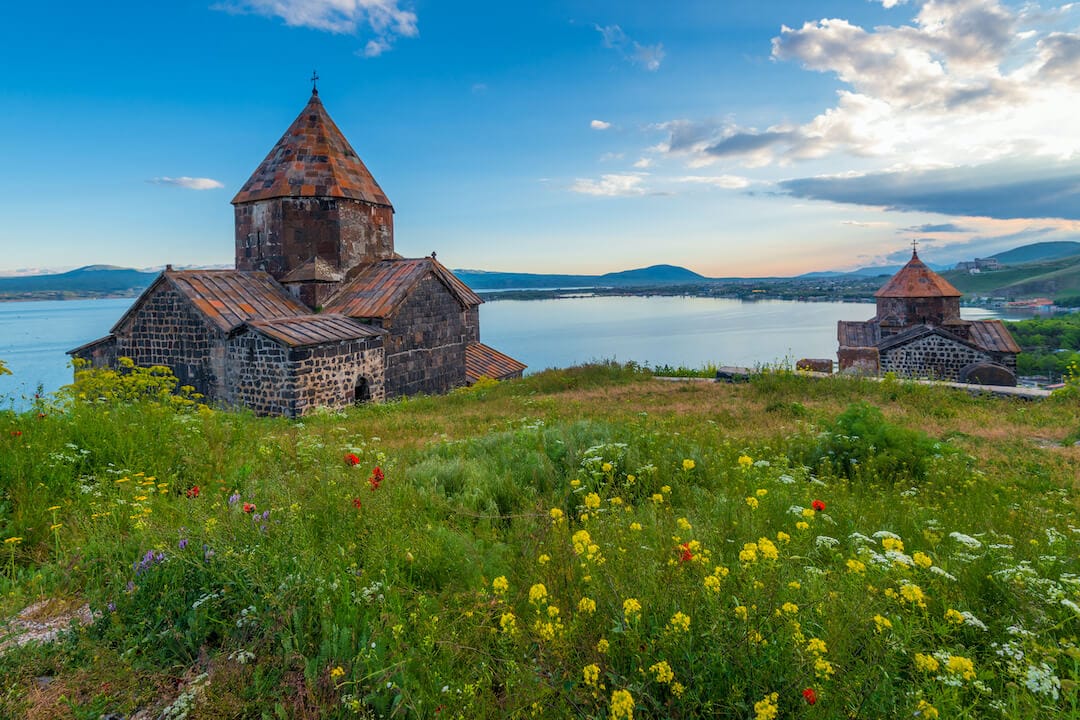 The mighty Debed Canyon, in the far north of Armenia, is, scenically, one of the country’s most striking regions. Medieval monasteries, including two that are jointly listed by UNESCO as a World Heritage monument (Sanahin and Haghpat), are the focus of the Debed Canyon but the awe-inspiring terrain in which many of them are located makes a visit to this part of Armenia both memorable and diverse. 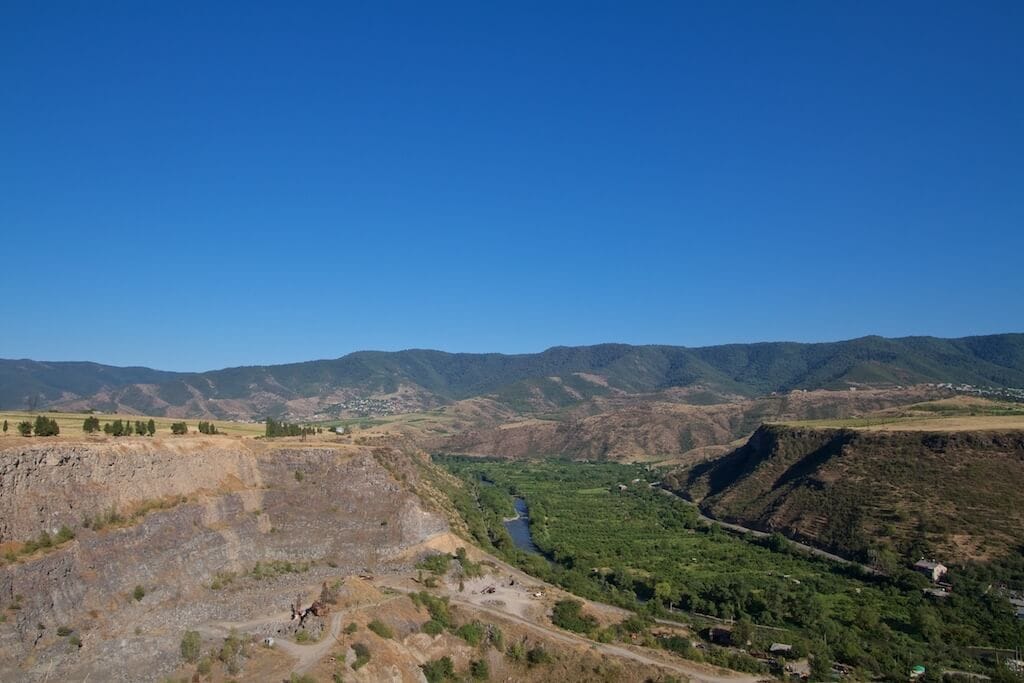 Armenia was part of the Soviet Union from the early 1920s until its dissolution in 1991. During the early years of Soviet Armenia, a blueprint was established for a new-look Yerevan and at its centre was Republic Square. The buildings on the square, most of which were inspired by neoclassical architecture but with a Soviet twist, are some of the most majestic structures in the city. The distinctively-recognisable pink hue comes from a volcanic rock which Armenia has in abundance and has earned Yerevan the nickname, the “Pink City”. 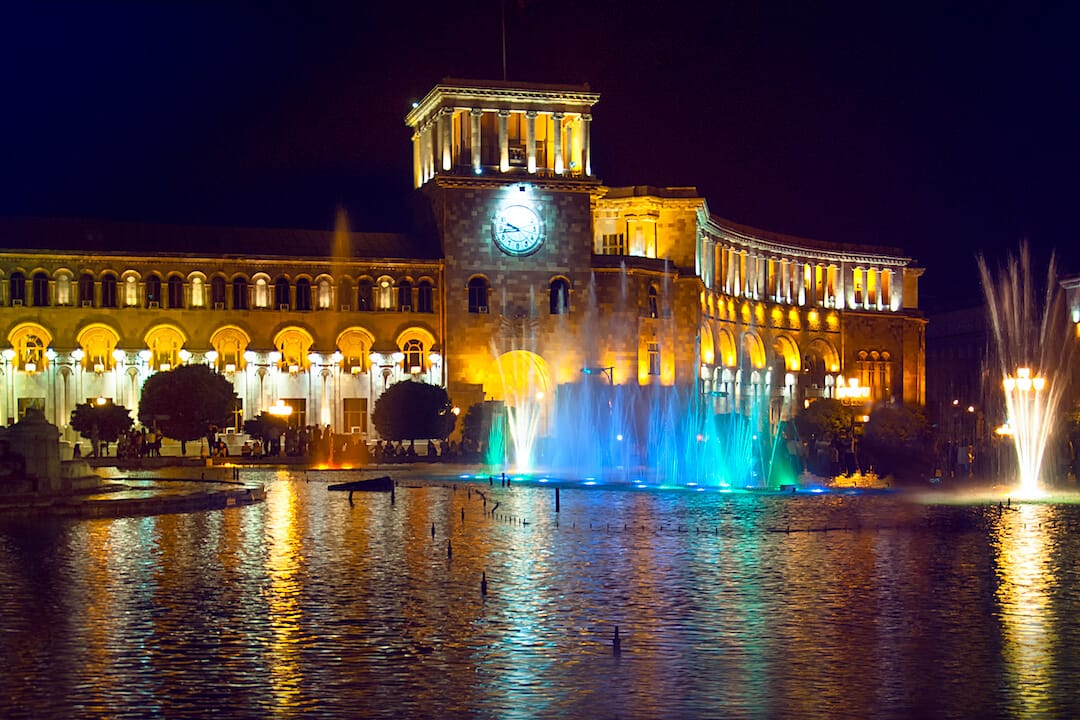 It’s hard to single out one particular monastery in Armenia but if we had to so, it would likely be the southern monastic complex at Noravank. Its centuries-old history aside, two things make this church stand out from the crowd. To begin with, its location within a narrow gorge and engulfed by striking brick-red cliffs is quite something, to say the least. Also, and unlike some other churches in the region, Noravank was spared destruction when the Mongols swept through ancient Armenia in the 13th century and, hence, much of the intricate stonework that decorates the exterior of the complex is still relatively intact. 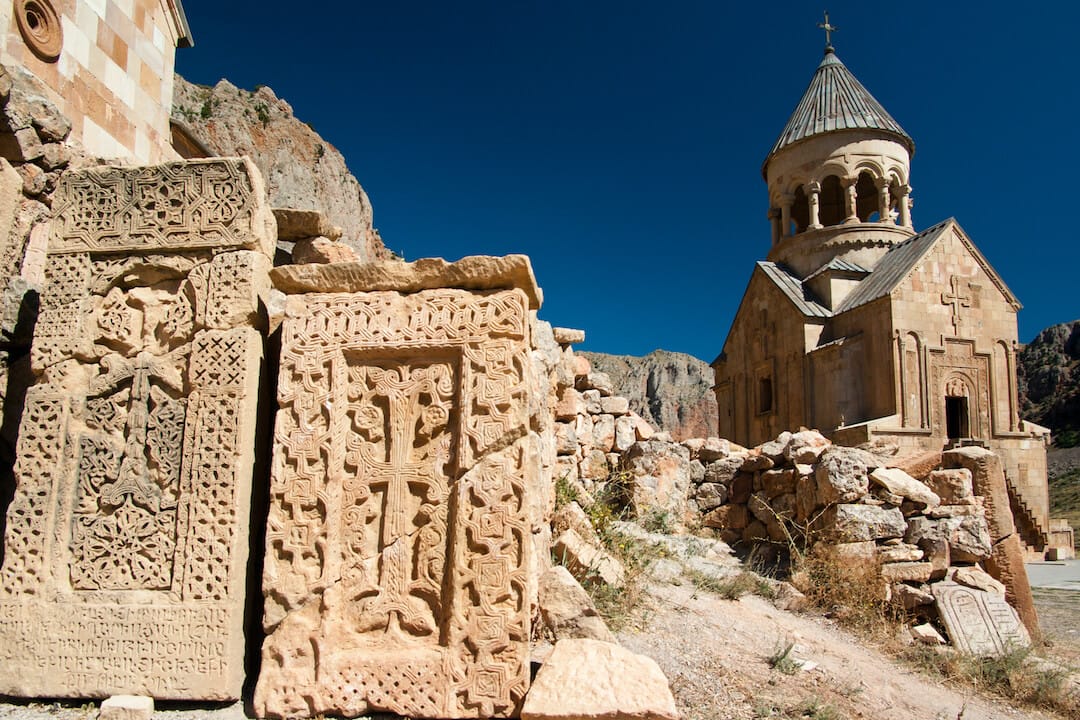 History tells us that the haunting ruin of Zvartnots Cathedral was once one of the most majestic houses of worship in the world when it was originally constructed in the 7th century. Reportedly destroyed by an earthquake some 300 years later, the still-impressive remnants of Zvartnots Cathedral are another location where, if you are fortuitous with the weather, there are fantastic views of Mount Ararat in the distance. 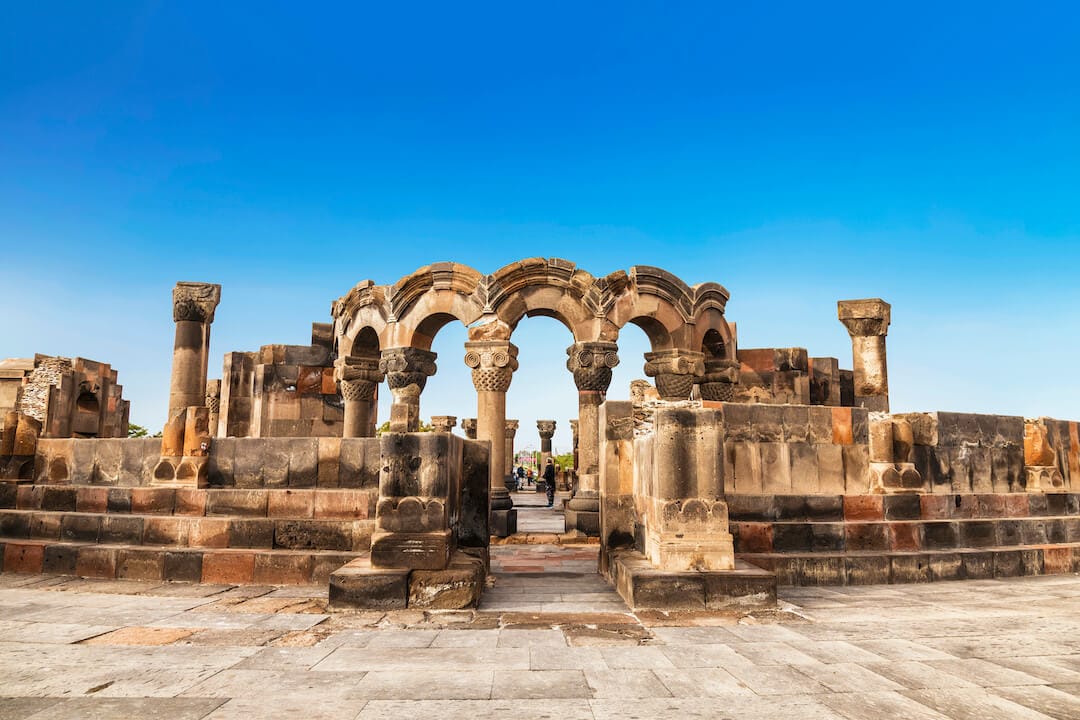 Armenia confronts its recent tragic history with dignity and decorum at this touching genocide memorial complex on the edge of the city. Also known as Tsitsernakaberd (“Swallow’s Fortress”), the complex remembers the brutality and agony of the Armenian Genocide, which was committed by the Ottoman Empire between 1915 and 1923 and claimed the lives of approximately 1.5 million ethnic Armenians. A visit to Tsitsernakaberd is a moving experience and, we believe, essential for anyone visiting Yerevan. 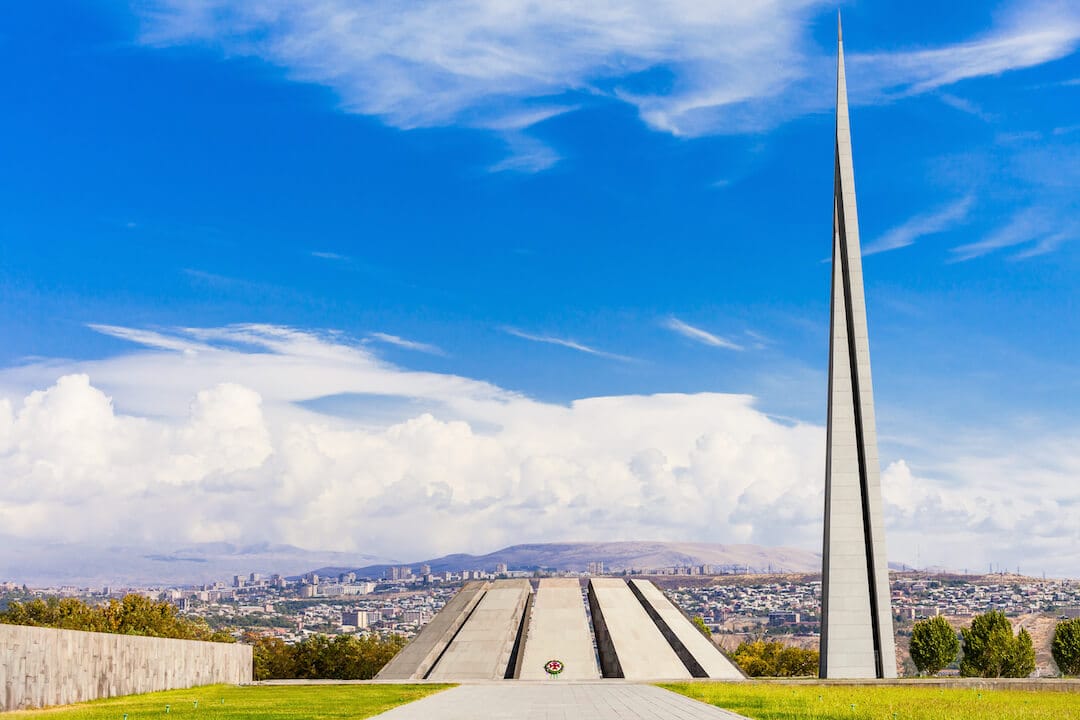 As the name would suggest, this unusual looking monument commemorates the 39 letters of the Armenian alphabet. The stone carvings, which are located no more than an hours’ drive from Yerevan, were erected in 2006 to celebrate 1,600 years of this unique alphabetic writing system. Developed by the medieval Armenian linguist and theologian, Mesrop Mashtots, in 405CE, the Armenian Alphabet Monument is not far from the scholar’s final resting place and with, no doubt, a bit of help from your guide, it is an enjoyable challenge to try and identify some of the letters! 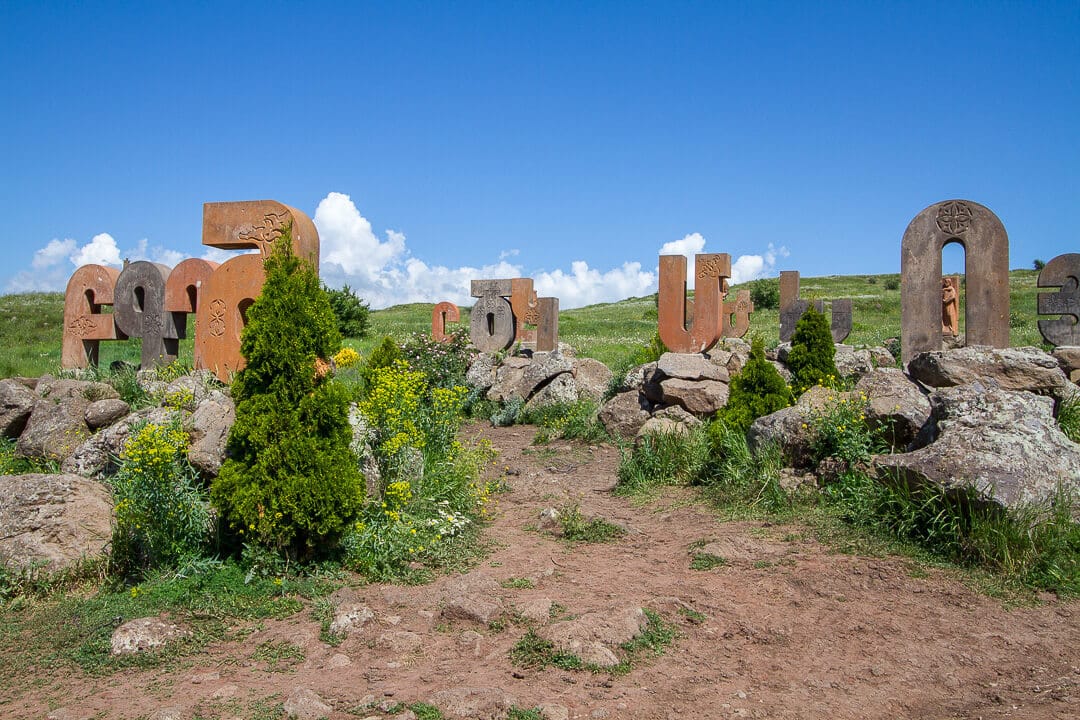 One of four national parks in Armenia, Dilijan National Park is renowned for its forested landscape, biodiversity and picturesque lakes. Within the park is a comprehensive network of hiking trails, including some that are part of the Transcaucasian Trail, a long-distance trekking route that is more than 3,000km in length. One particular trek that is especially recommended is the scenic 7km trail from Parz Lake in the heart of the park, to the wonderful monastery of Goshavank, where the surviving khachkars (elaborately carved stone crosses) are considered to be among the finest in the world. 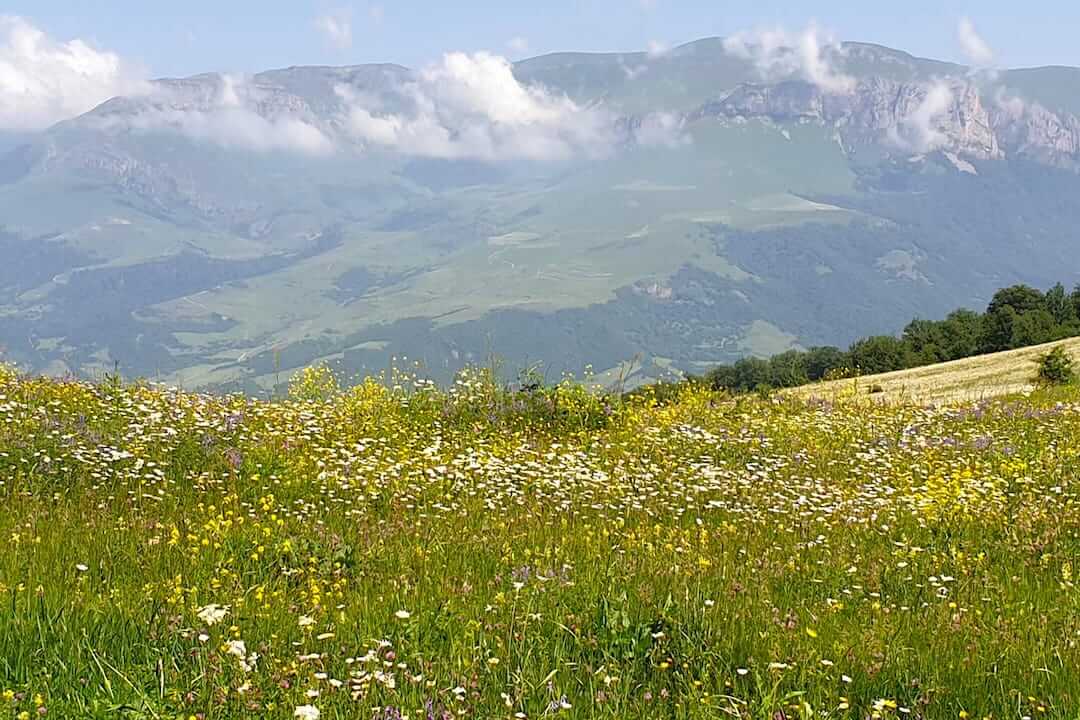 Sprawling Amberd Fortress is the largest citadel in Armenia. Long abandoned, the fortress is 2,300 metres above sea level and sits on the southern incline of Mount Aragats, the country’s highest mountain. For this reason, it often means that the views from this remote 10th-century fortification are beyond spectacular as you look out across expansive terrain of this four-peak volcano massif. 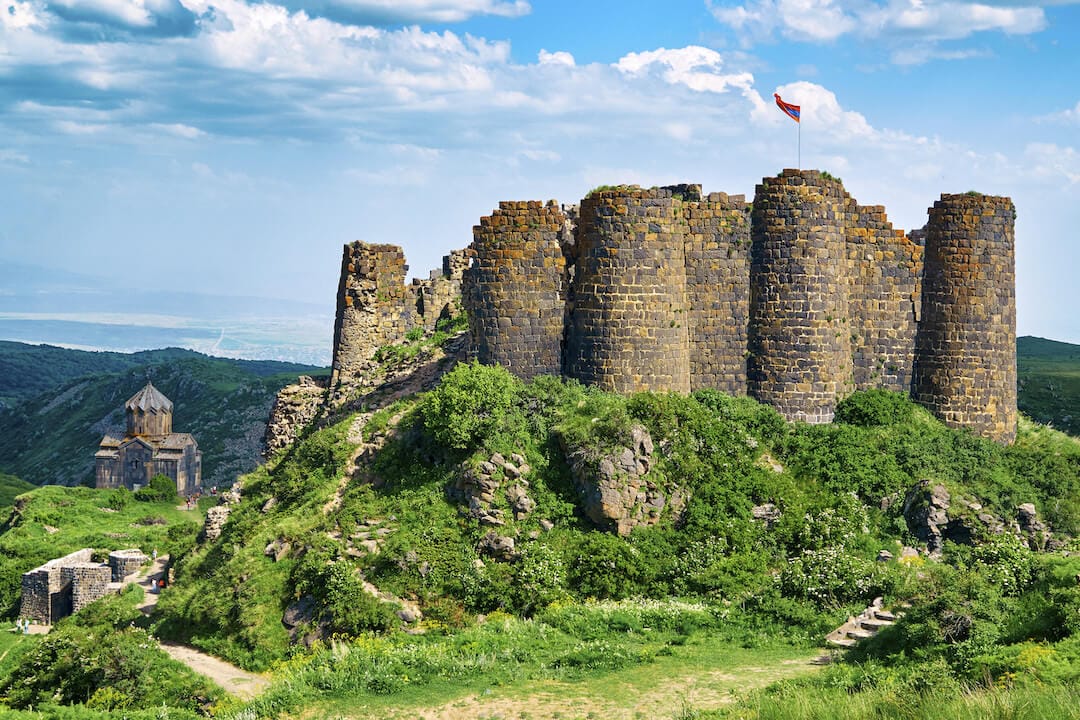 Have we inspired you to travel to Armenia on a luxury tailor-made holiday? Contact our destination experts today and they will be delighted to discuss the options and suggest ways to personalise a dream holiday to the Caucasus. Alternatively, browse all of our available Armenia holidays.

Additional photographs of Armenia courtesy of Kathmandu & Beyond.