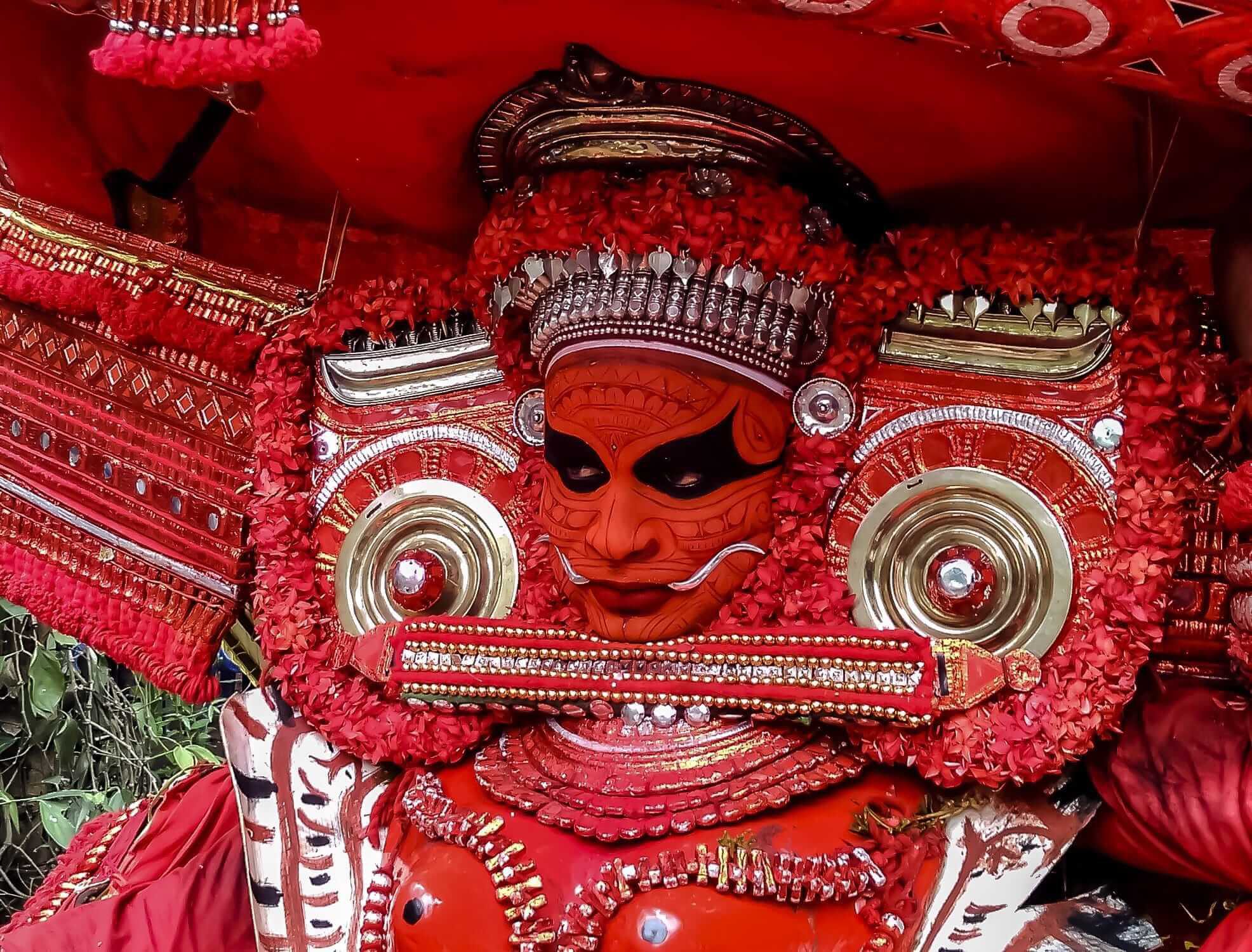 Exploring the Road Less Travelled in God’s Own Country

The South Indian state of Kerala has come to be known as God’s own country, and when most people picture Kerala they conjure up images of swaying coconut palms and languorous days on traditional rice barges. And that would be painting a pretty accurate picture.

But on my recent visit to South India, I was interested in immersing myself less in the scenery and more in the culture of the region. Whilst the popularity of southern Kerala has soared in recent years, for some inexplicable reason, northern Kerala has remained untouched by large numbers of tourists.

Like its southern sister, Northern Kerala also offers endless bucolic scenes: pristine sunny beaches, palm-tree-lined backwaters and misty rainforest-covered hills; but it also has a culture and history that provide a different perspective on life there.

This part of Kerala was once known as Malabar and like much of India’s vast coastline, many of its towns were important trading ports. The Malabar Coast was crucial to the Spice Route, and there’s no better way to learn about the history and traditions of northern Kerala than by spending a couple of days at a homestay like Ayisha Manzil.

Not only will you have the opportunity to soak up the atmosphere of an 1862-built colonial mansion, once home to a spice trader, you will also experience a warm welcome from the current owners who have made Ayisha Manzil their family home for generations.

Food is always a highlight of any trip to India and I was especially excited to learn to cook traditional Moplah cuisine; regional food influenced by the 7th-century Arab traders. Following a trip to the local market to pick up the required ingredients, we set to work in the kitchen under expert guidance. I think we cooked up a feast that those spice traders would have approved of!

Aside from food, Kerala is famous for its traditional dances complete with colourful costumes and bold makeup. The northern reaches of the state is no exception and I’d heard a lot about the unique form of traditional dance performed here, Theyyam. But I also knew I’d have to be lucky with my timing: performances take place between November and May but this authentic ritual does not follow a fixed schedule.

It turned out that luck (or was it the Theyyam gods?) was looking down on us…

Our car pulled up in a remote village a short distance from Tellicherry. We left the comfort of the air-conditioning and our guide led me down a dirt track to a large opening behind a cluster of houses. We came to a substantial arena, its boundary marked only by a ring of makeshift chairs and benches. People were milling about, chatting noisily, and there was an air of anticipation. There was a momentary hush, as all attention was turned to me; the only white face in the crowd.

Things settled down as we took our seats alongside the villagers, and before long we heard the sound of beating drums. The Theyyam performers emerged resplendent in fiery red and orange costumes, with facial makeup to match. Whilst impressive, the 10-metre tall headdresses ensure the dance is far from energetic and much importance seemed to be placed on the movement of feet. The performance, in which the dancers are possessed by the spirits of the gods, was enthralling.

The culture-vulture in me stated, it was time for a change of pace. Next up was a backwaters cruise and it was time to languish on a luxurious houseboat as it drifted along northern Kerala’s waterways. With one eye on my guidebook and another on the landscape, I reflected on the week’s events from my private veranda.

Compared to other places in India, Northern Kerala is blessed with quieter and less-visited beaches than the south, for example, those at Bekal and Kasargod and my holiday to Northern Kerala ended fittingly; at a beautiful resort on the unspoiled coastline for a few days of relaxing and a traditional Indian massage or two.

Northern Kerala is the perfect destination to get off the beaten track in a region that is largely undiscovered.

Call or email us today to start discussing your tailor-made holiday to India. Our North Kerala: Off the Beaten Track suggested itinerary is the perfect introduction to this lesser-discovered part of India. Alternatively, please contact us at Corinthian Travel for further recommendations.

One thought on “Off the Beaten Path Luxury in Northern Kerala ”