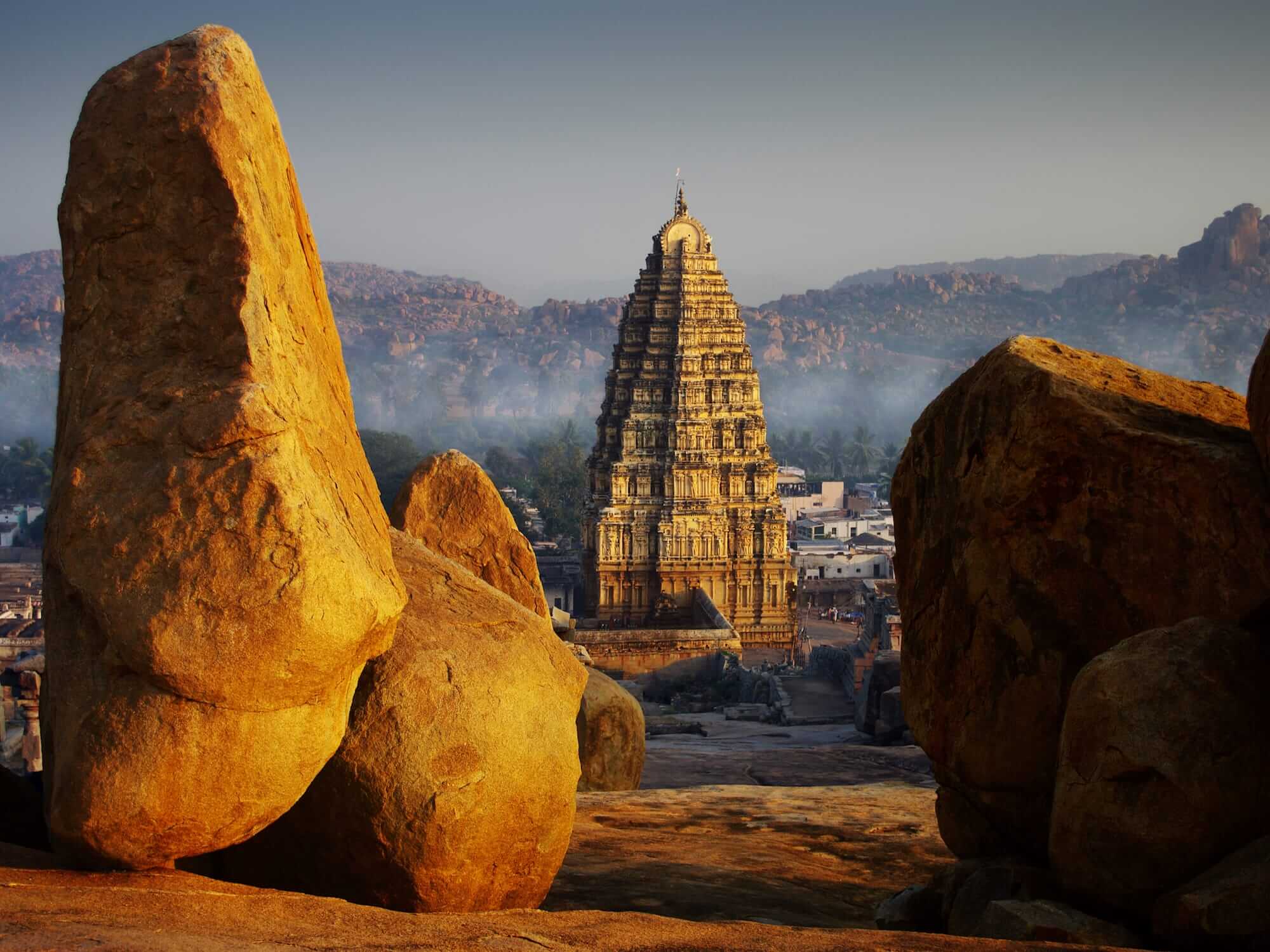 Discover the well-preserved ruins of Hampi, once one of the richest and largest cities in the world

India is massive, I know that. It is also extremely diverse but if I had to pinpoint one reason why I consider it to be one of the most beguiling places on the planet, I would have to say it’s because of its seemingly never-ending number of incredible historical sites that can be found throughout the entire width and breadth of the country. Some, such as the fortress city of Mandu or the Jain temples at Palitana in Gujarat are magnificent yet, they are hardly known outside of India. While others, for example, the exquisite Konark Sun Temple in the state of Odisha, is recognised by UNESCO but only sees a fraction of the visitors that non-UNESCO (and less impressive) sights in other countries receive.

The marvellous Vijayanagara city of Hampi also falls into this category. Situated in the south Indian state of Karnataka, on the banks of the Tungabhadra River, this enchanting ruined city (which received UNESCO World Heritage Site inscription in 1986) was once one of the largest and richest settlements on earth. Mentioned in the epic Hindu poem, the Ramayana, the city fell from glory in the mid-1500s when an alliance of sultanates from the nearby Deccan Plateau brought their armies south and destroyed the city in one fell swoop.

What remains of this once vast empire today is an area of approximately sixteen square miles dotted with atmospheric temples, shrines, pillared halls and other such structures. When I first visited, nearly twenty years ago, I was in awe of what I saw and spent several days discovering every nook and cranny on an antiquated Hercules bicycle. Heading out to explore in the early morning and late afternoon, it was a magical experience and subsequent visits haven’t dampened my enthusiasm. I appreciate the competition is pretty stiff, but I’d probably have to say that the ancient city of Hampi is the most impressive historical site I have ever seen on the subcontinent.

The 16th-century Vitthala temple, along with the nearby Garuda shrine in the form of a stone chariot, is the ruin’s undisputed draw, but there is much more to Hampi and it’s a place that should be enjoyed at a slow and relaxed pace. The dreamy, granite boulder landscape that surrounds the ruins is almost reason enough to justify a visit to this part of India.

And what’s more, Karnataka is a blessed state. Not only is it home to Hampi but the once-mighty Deccan city of Vijapura (still commonly known by its previous name of Bijapur) is situated to the north, while the intricate Hoysala temples of Belur and Halebid can be found further south. Combined with the region’s other highlights, they make for a fascinating exploration of southern India.

In my opinion, Hampi rivals other great cities of antiquity such as Angkor, Petra and Machu Picchu and the surreal landscape that encompasses the ruins is but the icing on the cake. With the improved infrastructure in the region, including the newly opened Kishkinda Camp by the Ultimate Travelling Camp, there has never been a better time to explore the world-class ancient city of Hampi.

Set on the banks of the Tungabadra River with Hampi’s distant boulder-strewn hills providing a magical backdrop, the intimate, ultra-luxurious Kishkinda Camp is undoubtedly one of the finest exclusive retreats in southern India and provides the perfect base to explore the outstanding ruins of the Vijayanagar Empire.

Alternatively, rest your head at the Vijayanagara inspired Evolve Back Kamalapura Palace just a 10-minute drive from the site. Inspired by the magnificent royal palaces, temples, and apartments built by the mighty Vijayanagara rulers at Hampi, Evolve Back Kamalapura Palace is a luxurious hotel set within lovely landscaped gardens featuring reflecting pools and flowing fountains.

Improved infrastructure and luxury accommodation options make UNESCO-listed Hampi a superb off the beaten track destination to include in a tailor-made holiday to India. Hampi also features in our Hampi & Historic Karnataka private tour and our brand new Luxury South India itinerary.

Contact our team today to start planning your trip today.