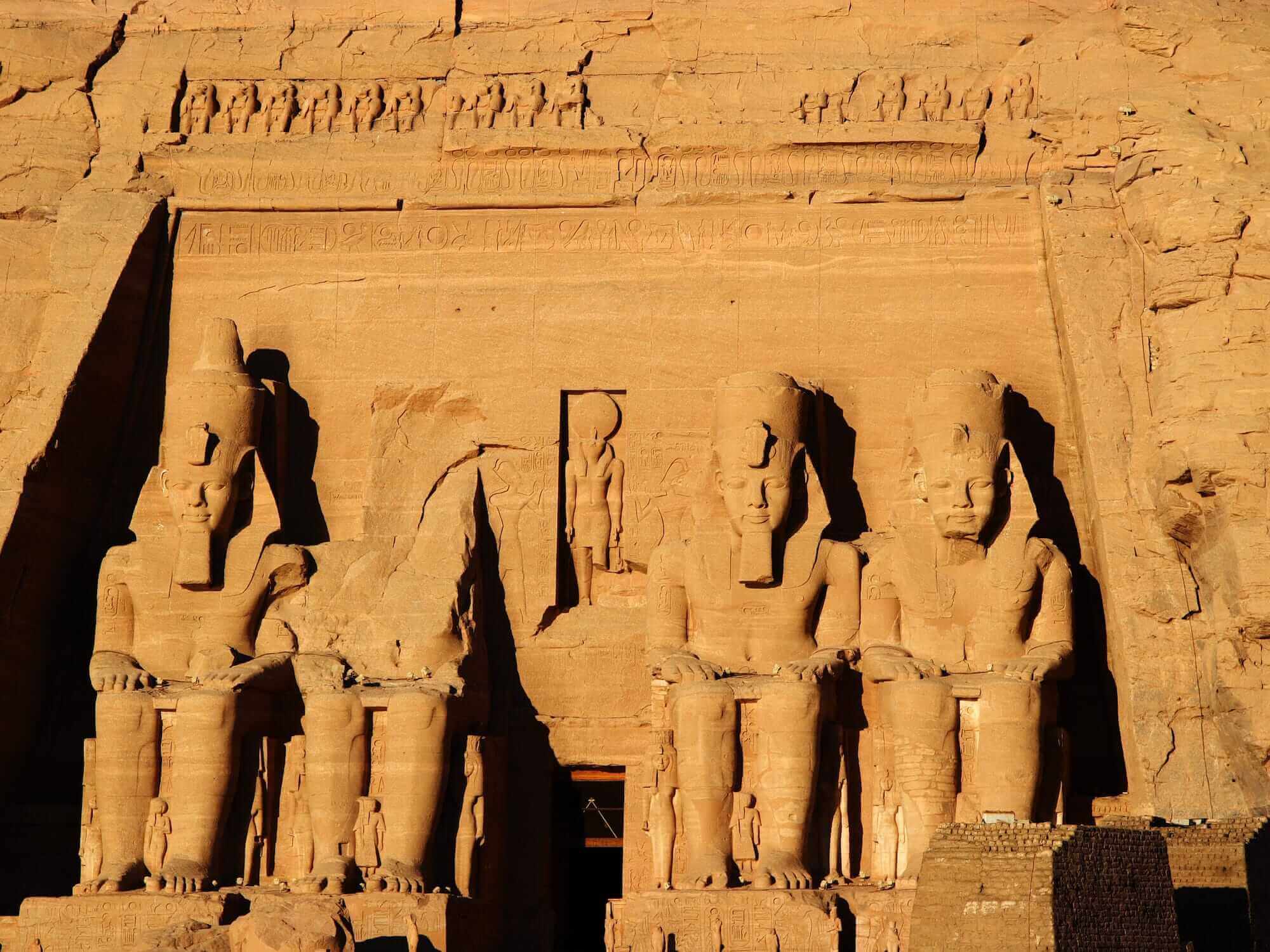 There are many wonderfully situated temples in Egypt. Leaving Cairo and planning a tailor-made holiday along the River Nile and beyond to Lake Nasser will afford the opportunity to discover many of them. Below is a list of five firm favourites that we recommend you visit during your holiday to the The Land of the Pharaohs.

Luxor has the highest concentration of ancient Egyptian monuments anywhere in the country and the stunning temple complex at Karnak is unquestionably one of the most impressive. Located on the east bank of the River Nile, everything about this mighty sanctuary is gigantic; the Temple of Amun-Re, for example, remains one of the largest religious complexes in the world while the actual site itself covers an area of 2 sq. km and is full of colossal pylons (gateways), massive enclosures and obelisks that can weigh in excess of 300 tonnes each. Everything towers above you at Karnak and the sanctuary really is a sight to behold.

The Temple of Hathor, Dendera

North of Luxor, on a bend in the River Nile’s west bank, Dendera is the location of one of Egypt’s best-preserved religious structures. The Temple of Hathor was built at the very end of the Pharaonic period and was dedicated to Hathor, a deity with numerous guises, including the goddess of sensual pleasure and the protector of the dead. Dendara is a large site complete with an impressive stone roof, huge columns, twisting stairways and several underground crypts. Many areas of the complex are carved with incredibly detailed hieroglyphs and rarely do visitors leave disappointed.

Built by Ramses II between 1274 and 1244 BC, the two imposing temples at Abut Simbel are not just a marvel of ancient engineering. They are also a modern wonder. During the 1960s, as part of a massive UNESCO-sponsored archaeological rescue mission, the temples were dismantled block by block and moved to their current location in order to protect them from the flooding of Lake Nasser. Today, the rock-cut temples at Abu Simbel are one of Egypt’s most iconic sights and seen by many visitors who either arrive by flight from Aswan or via a relaxing cruise along the calm waters of Lake Nasser. Whatever mode of transport you decide, Abu Simbel is one of the country’s not-to-be-missed attractions.

The island of Philae is the setting for one of Egypt’s most beautiful temples. Attracting pilgrims for thousands of years, the Temple of Isis was one of the last pagan sanctuaries still in use, after the arrival of Christianity. Located close to Aswan and accessible only by boat, like Abu Simbel, the temple complex here was also dismantled and relocated to higher ground in order to rescue it from the threat of flooding following the construction of the Aswan High Dam. With its island location, the Temple of Isis has one of the most romantic settings in Upper Egypt and is a delight to explore.

A superb example of ancient Egyptian architecture, the Temple of Horus is situated on the west bank of the Nile near the city of Edfu. Slightly elevated, the temple has escaped the wrath of the elements and is one of the best-preserved monuments in the country. Dating back to the Ptolemaic period, the Temple of Horus is also one of the most atmospheric sanctuaries in Upper Egypt and strolling between its gigantic pylon (gateway) or through the richly decorated Court of Offerings, it is easy to be struck with a sense of awe at the mysteries of the ancient Pharaohs.

For visitors looking for an in-depth tour and insight into ancient Egypt’s fascinating history, Corinthian Travel have introduced the 10 day /9 night Carnarvon’s Egypt – a private tour that is escorted throughout by your own Egyptologist!